A shadow in the living room

My old house was a big one. It had 6 bedrooms, 5 bathrooms, kitchen, laundry room, a large living room, and a huge backyard. I am the youngest in my family, and I was not expected to be born, meaning I didn't have a room for myself in the beginning. My father had to be a little creative to build my bedroom, or maybe it was my own decision where I wanted it. (I honestly don't remember, I was like 8 years old.) My brother (let's call him George) helped me build it, we had to put wooden walls in the TV room to make it a "bedroom". The rest of the house is made of concrete, so my room was really a little unusual compared to the rest of the house. However, at first we just put wooden bars to hold the thin wooden walls later, but the walls took some months to be installed. So for a while I actually had a complete view to the living room from my new bedroom. It kinda gave me goosebumps because I could also see most of the backyard too at night since there was a huge window from that side of the living room. So basically I could see part of the living room and the backyard at the same time.

So anyway sometimes at night it was full moon, and I could see the backyard clearly. One time however, I felt a chill in my head, like something was odd. I looked up to the living room/backyard from my bed, and I could see a shadow figure run from the left side through the right. That shadow was in the living room, and because of the moon light reflecting the backyard window I could see it. I immediately shouted who was there, but no answer. Of course I ran up to my parents bedroom but I saw them asleep already. So I went to the rest of the bedrooms to check on my sister and brothers, but all of them were asleep too. After that night I could not sleep in my new bedroom again, until we finally had the wooden thin walls installed. So no more view to the living room/backyard anymore.

Here is a picture of the living room, many years after the event. 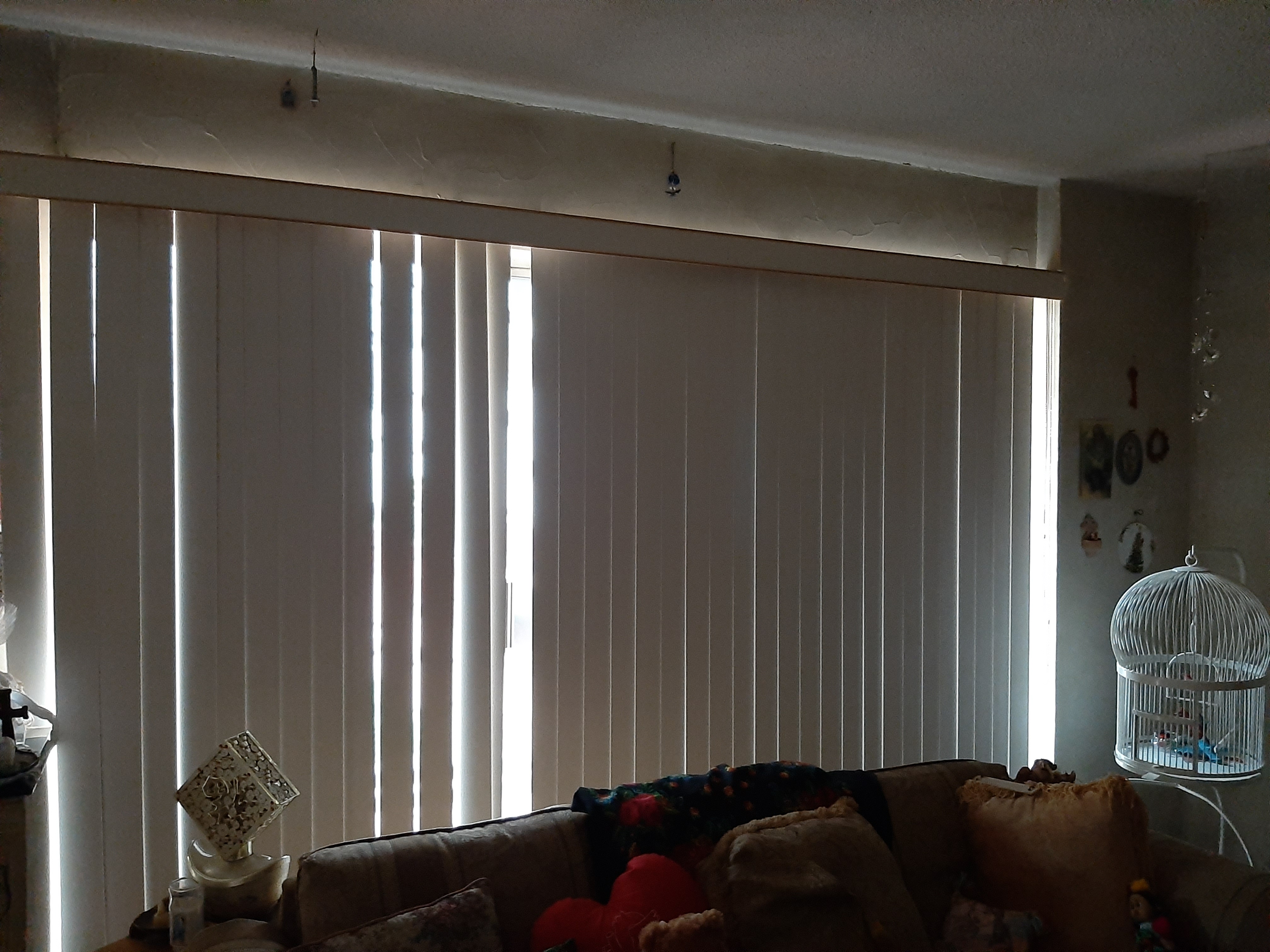 Strange lighting in the wall

This paranormal event is pretty straightforward to be honest, but I have to write this because until this day I am not sure what really happened. I was sleeping in George's bedroom one night, he shared his bed while he slept on the floor with a thin mattress. His bedroom was really small compared to the rest of the house. I would say it was actually cozy, just an individual bed, a desktop, a bookshelf and a window showing the garage. I think it was not really that late that night, like 11:30AM approximately, when I saw something strange on the wall facing his bed, where I was currently sleeping. The wall was painted of dark blue at that time, and I could see a strange "blob" yellow figure with black lines around it, moving constantly. It was like seeing the reflection of water. I was looking everywhere in the room what was making such lighting, with no avail. I decided to sleep with my parents that night, leaving my brother alone in his bedroom. The next day I told him about it, and he was just concerned why I didn't wake him up. I don't know why I didn't, I guess I thought I was going to bother him with something stupid. But we never knew what could that have been, the lighting never showed again.

I know I mentioned the window showing the garage, but it was not raining that day. No one was in the garage in that moment either.

There is something in the farthest room

My dad decided to actually expand the house with a new bedroom because my sister has moved out and could join 2 bedrooms to make his personal medical office. So the only choice he had was to build a completely new room in the backyard, joining the rest of the house. For some reason however, he also decided to build a door to access the backyard from that room. It didn't make much sense because there was already access to the backward from the laundry room and the kitchen. It was considered the farthest room of the house, because you had to walk through the living room, kitchen, and laundry room in order to get in the new bedroom.

My oldest brother, (let's call him Tony) decided to live in there, because he preferred to be alone most of the time undisturbed. He slept in there for 5 years if I recall correctly. Then he moved out of the house too, making the room available for someone else. We decided to make it a guest room, and family relatives slept in there some nights.

Then George decided to move to that bedroom. After all, it was way bigger than his old bedroom, he could have more furniture now, and privacy I guess.

A month later at night, my parents and I heard a loud scream from his new bedroom. We all ran as quickly as possible to see what happened. We reached to his bedroom and turned on the lights, only to see George so scared he was actually sweating of fear. We asked him why he screamed and he said he saw a shadow figure staring at him for a long time. So later that night he slept in my bedroom. He tried several times afterwards to sleep in his new bedroom again, but he just couldn't.

We asked my oldest brother Tony if he ever felt something strange in that room, since he slept in there for years. The difference in his situation is that he always had the backyard door closed at night, so he never saw anything. George always left that door opened (with a mosquito fence) to make the room less hot. So George decided to give it a try again, with that door closed now. But he still couldn't, he always decided to leave before midnight. I tried to help him by sleeping with him one night in there, but I suddenly hear a strange sound coming from somewhere, like something or someone was walking nearby. This time I woke him up about it, and we both left to my bedroom again. He could never sleep in that bedroom ever again.

In the end, we decided to make it a guest room again. And the funny thing is, we actually spoke with our family relatives later on if they felt something strange about that room. To our surprise, they said they felt something or someone was in there some nights, but they also left the backyard door closed, so they couldn't see anything.

I almost forgot to mention, George confessed that in his first month sleeping in that room he sometimes saw a shadow figure walking by, from the backyard door through the laundry room. He always closed his eyes for a minute while this happened, and the shadow figure would eventually disappear. But the night he screamed, it was because that shadow figure decided not to leave his room, and instead stare at him. Funny thing is, I connected the dots in that moment and thought that maybe, just maybe, it was the same shadow figure that I saw when I was a kid. Because as he said, he traveled to the laundry room, and maybe then it traveled to the kitchen and ended in the living room.

Here is a picture of the farthest room, many years after the event. 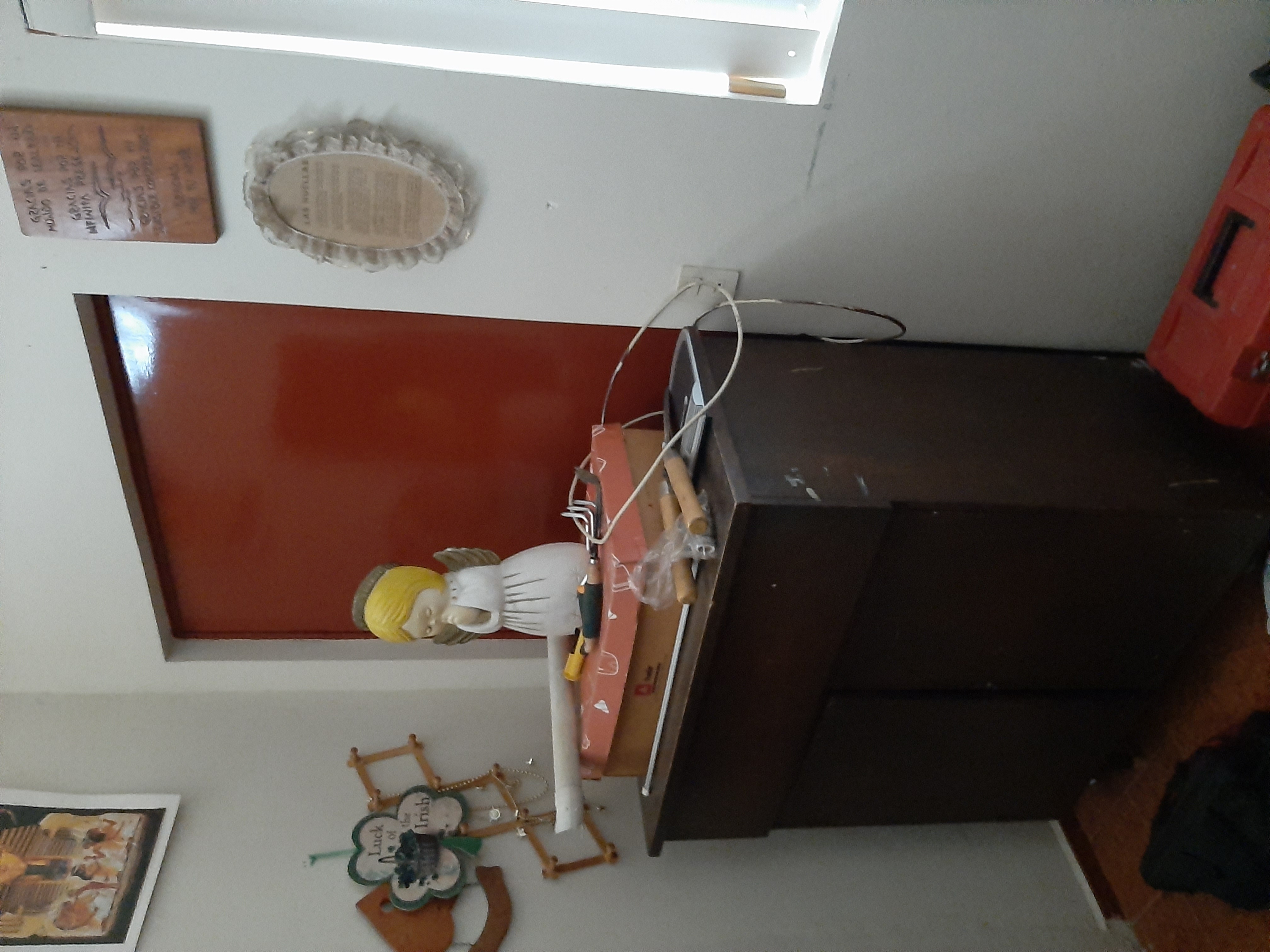